Stop Drugs And Alcohol, If You Are Keen For Healthy Lifestyle

Alcohol is nothing but a drug. It is classified as a depressant. Therefore, it slows down the necessary functions leading to unintelligible speech, disturbed perception, unsteady movement and an inability to react quickly. Although it is classified as a depressant, the amount of alcohol consumed determines the type of effect. Some people drink for the stimulant effect whereas some people consume more than the body can handle. Gradually they can experience the depressant effect of alcohol.

The overdose of alcohol even causes more severe depressant effects like the inability to feel pain, toxicity where the body vomits the poison, and in the worst case, it may even cause unconsciousness, coma or death from a severe toxic overdose. These reactions depend on the amount of consuming alcohol. There are many different kinds of alcohol available such as ethyl alcohol (ethanol), the only alcohol which is used in beverages that are produced by the fermentation of grains and fruits. Fermentation is a chemical process where yeast acts upon certain ingredients in the food by creating alcohol. 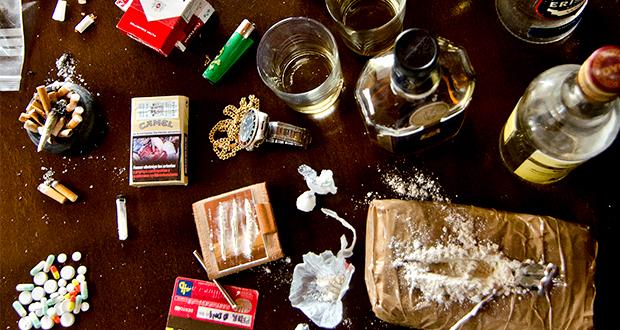 The use and abuse of alcohol by teenagers is very common which can have serious consequences. There are 50% of deaths like starting from accidents, homicides, suicides, etc. involves alcohol or drug abuse of 15-24 years age range. In teenage experience with alcohol and drug, it seems that regular use of drugs and alcohol may lead to some other problems like depression, anxiety, or a lack of positive social skills. The use of drugs like tobacco and alcohol in teenage should not be minimized as they can be the gateway for other drugs such as inhalants, heroin, marijuana, cocaine, hallucinogens, etc.

Some fermented drinks which are produced by the process of fermentation such as beer and wine contain 2-20% of alcohol. On the other hand, distilled drinks like liquor contain 40-50% of alcohol. Some of the usual alcohol content for each drink is listed below; 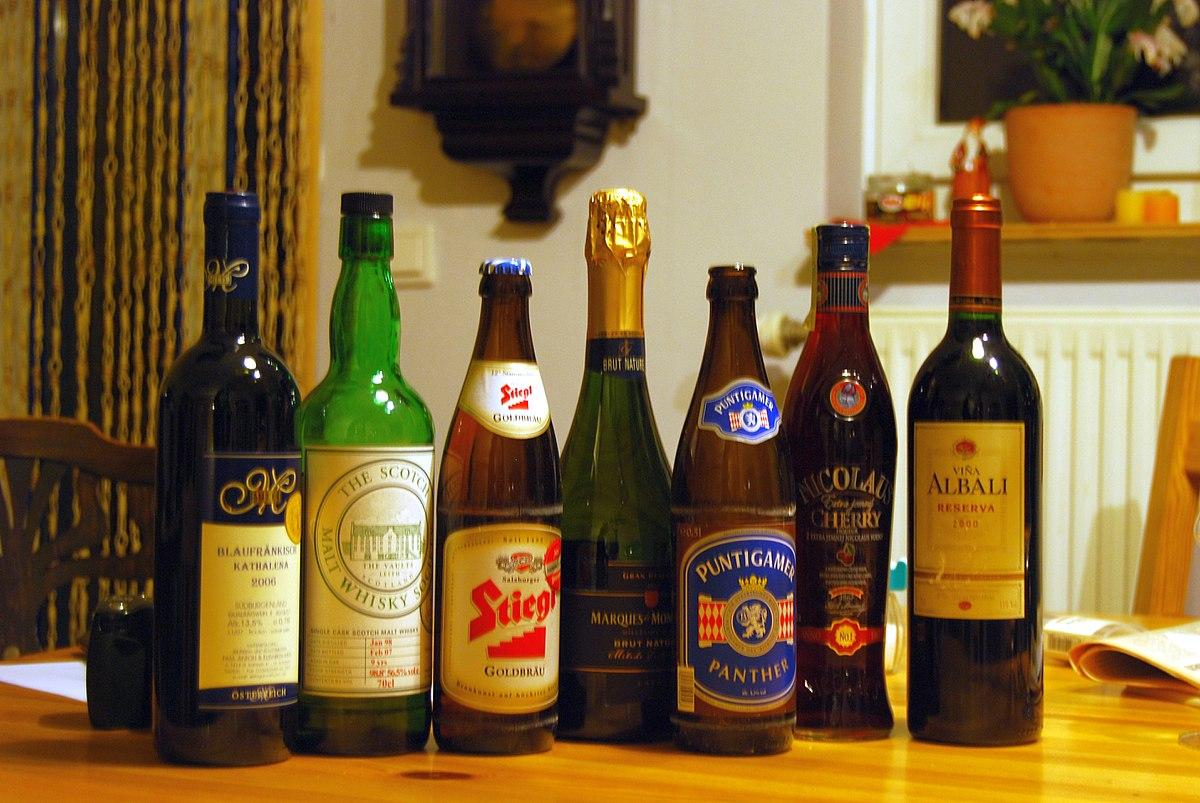 Drugs and alcohols change the balance of chemicals that help your brain to think, feel, create, and make the decisions. Moreover, these are addictive substances that may cause symptoms of depression or anxiety to make an existing problem worse. Changing or stopping the habit of alcohol and drug can take time but with the support and perseverance, you will notice positive changes in your mental as well as physical well being.

Alcohol disorders may be mild, moderate, or may be severe. It is based on the number of symptoms you experience. The symptoms may include the followings;

a) You have a strong feeling or urge of drink alcohol.

b) You are unable to limit the amount of alcohol you drink.

c) Even though you know that alcohol may cause physical or social problems, then also you continue the drinking of alcohol.

d) Fail to work properly in office, college or school.

e) Experience some other symptoms like nausea, sweating, or shaking at the time of drinking alcohol.

g) Developing a tolerance to alcohol.

Side effects of Alcohol

There are so many side effects of drugs and alcohol consumption found. Some of them are explained in the following points. 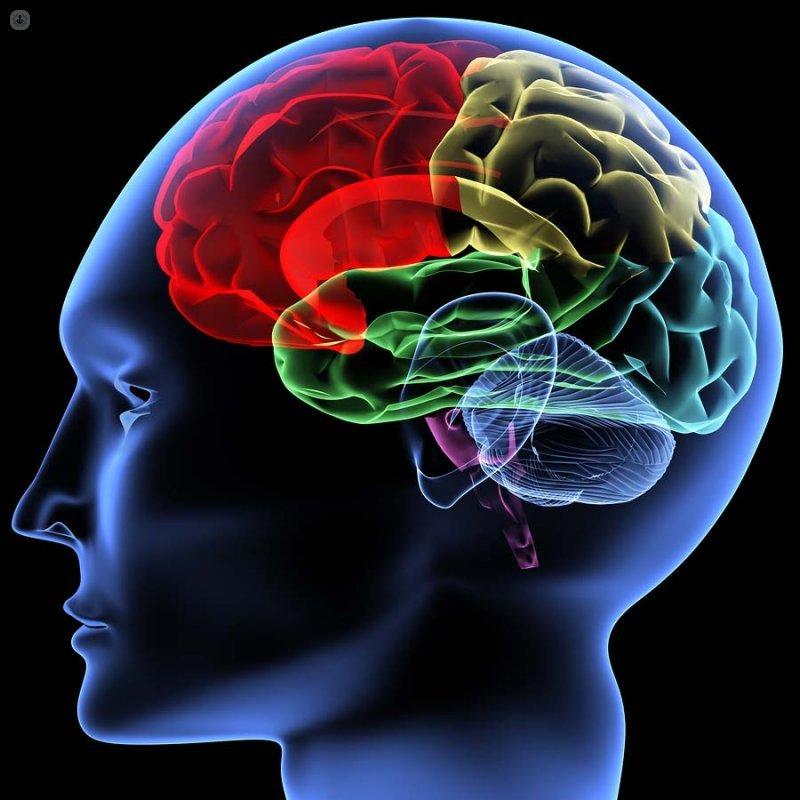 b) Drinking the heavy amount of alcohol can cause mental health issues like dementia, depression. You may also get painful nerve damage.

c) Alcohol may also hamper the balance of the motor co-ordination system. Heavy drinking of alcohol may speed up the normal aging process of the brain resulting in permanent dementia.

d) It can also reduce the communication between your brain and body. It makes coordination more difficult.

e) As it also creates difficulty in the central nervous system, it may cause short-term memory, judgment, emotional control, etc.

a) Alcohol is mostly metabolized in the liver. And the body metabolizes the alcohol into acetaldehyde, i.e. a substance which is both toxic and carcinogenic.

b) The alcoholic disease related to the liver is influenced by the amount and duration of alcohol abuse.

c) Heavy drinking of alcohol increases the alcoholic fatty liver which is an early and reversible consequence of excessive alcohol intake. 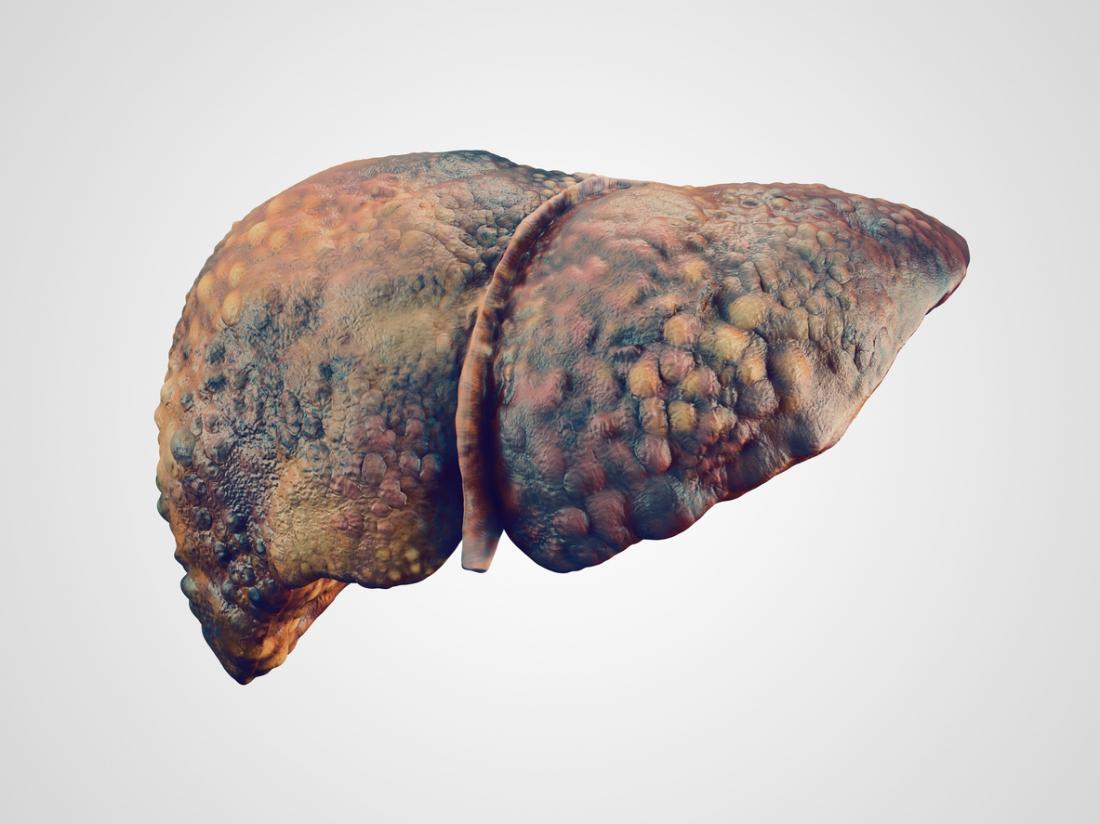 d) Chronic heavy drinking may lead to major risks. But it alters the metabolism process of fats of the liver and excess fat accumulates in the liver.

e) Some effects on the liver include the long term inflammation which is called alcoholic hepatitis. Gradually, it may lead to scar tissue.

f) In some cases, if the liver will stop performing its life-sustaining functions, multiple organ failure, thereafter death may occur. 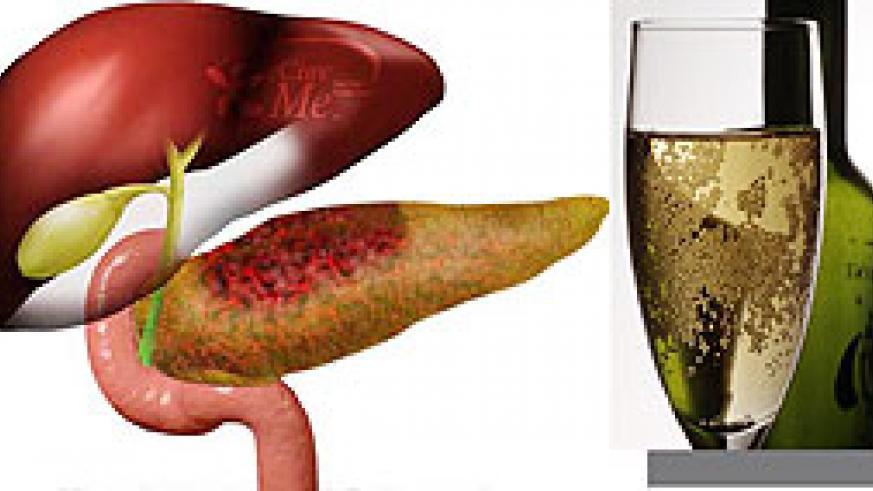 a) Heavy drinking of alcohol may lead to pancreatitis that is a painful inflammation of the pancreas.

b) This disorder is similar to the activation of proenzymes to pancreatic enzymes and chronic exposure to acetaldehyde and other chemical activities in the pancreas.

c) It starts with a temporary condition which is called acute pancreatitis. And the symptoms include nausea, vomiting, and stomach pain.

d) Abstaining from alcohol may reduce the future scope of acute pancreatitis and it also makes the symptoms of chronic pancreatitis more controllable. 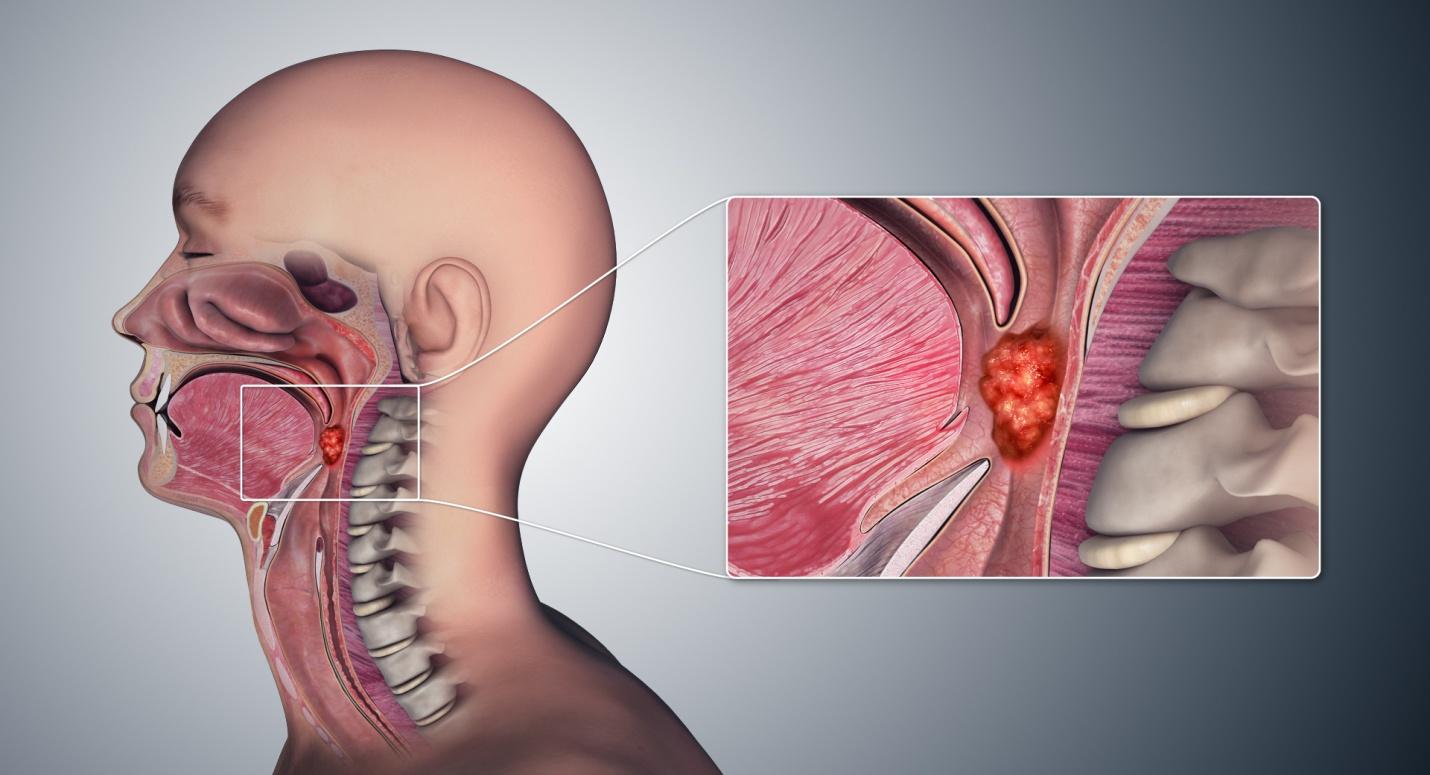 b) People who are having the habit of smoking tobacco, drinking alcohol may have a higher risk of cancer of the upper gastrointestinal tract as well as the respiratory tract.

c) Alcohol may damage the cells in your voice box, esophagus, mouth, and throat. That may lead to cancers in your liver, intestines, and breast.

d) Some alcoholic beverages may contain cancer-causing toxins that are produced during the process of fermentation. 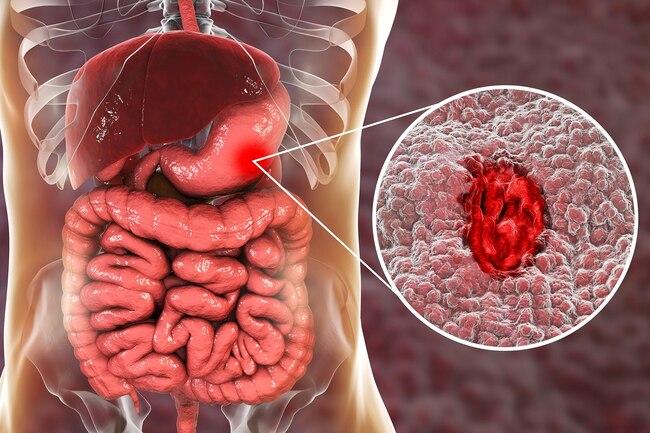 a) Chronic consumption of alcohol may cause problems with the digestive system like ulcers in the stomach, heartburn, acid reflux, and inflammation of the stomach lining known as gastritis.

b) The damage to the digestive system may lead to internal bleeding from enlarged veins in the esophagus related to chronic liver disease.

c) Alcohol can delay the secretion of gastric acid and also impair the muscle movements in the entire bowel.

d) Heavy drinking can damage the tissues in your digestive tract and prevent your intestines from digestive food as well as absorbing nutrients and vitamins. Therefore, there may a chance of occurring malnutrition.

e) Consumption of alcohol may lead to bloating, gassiness, diarrhea or painful stools, a feeling of fullness in your abdomen.

a) If you are addicted to drugs and alcohol, you may encounter physical injuries or accidents, and so on. Then, it may increase the risk of death through homicide or suicide.

b) As alcohol is a sedative, heavy drinking of alcohol may lead to coma or death.

d) A sudden intake of a large amount of alcohol is more dangerous. There may chance that the person may go into sedation, coma, or even death.

e) The intoxication may occur due to the long term intake of alcohol. Here, the body organs of a person may damage or even it may cause death also.

Digitalization of Pharmacy: A Boon ..

The Most Common Health Issue- Cold ..

Top Foods And Drinks For A Healthy ..

How Surprisingly Garlic Rid Of Heal..